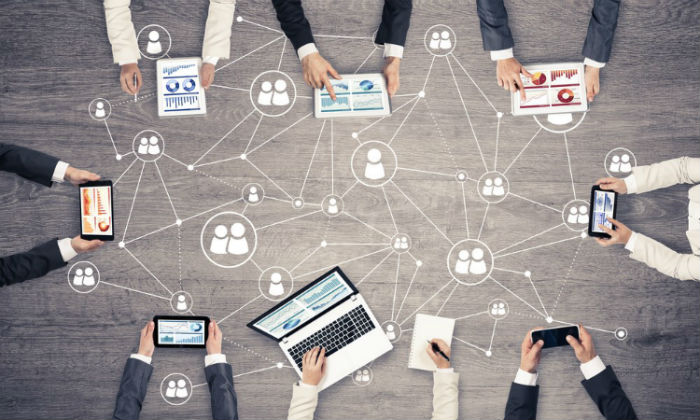 Hiring a virtual employee involves a lot of things, but at the same time, it may also be possible that the person is not met in person but the authority must be sure that the person who is doing the job is specialized in certain fields. Skills should be present in virtual employees. The employees those would understand the nature of work, are the ones who would be able to do it from the office as well as from home. The ones who would do their work also but might not do it from the traditional office are also called virtual employees.

Things to be considered before hiring virtual employees.

The job postings should be done by those kinds of talent-based areas or categories. If the people are to be hired for the long-term. Then certain things are kept in mind. Avoid certain sites like the freelancers.com or certain upwork.com. They would not be focussed on business but would be acting as virtual employees.

Traditional job postings like the postings in monster.com are very necessary. Linkedin is also a good option for that. People who are there on those sites are usually there for advancements of their careers.

Usage of a webcam for interviewing is also a must once you decide to hire a virtual employee. Hiring a person virtually usually the facial expressions are missed and cannot be seen so it should be like that while hiring facial expressions should be considered as very important as the professionalism is seen only when the face of the person can be seen.

Webcam interviews show the dressing sense and the gestures and postures of the people who are being interviewed. Just because they are in the home, that does not mean certain things are not relaxed but the professional approach is very important in this case. More than one webcam interviews on different days are important. The interview process should be extensive.

When the candidate is narrowed down or selected but certain other points should be considered and those are involving other people for their inputs. The opinions from the other people in the hierarchy are very important as the opinions from others would help in taking certain decisions.

The opinions would say whether certain things are focussed like whether they would fit the work culture or not. Their qualifications should be given much more focus. Talking about their values and interests are done. The interests and values are paid much more attention.

The other people in teams should also know about the whole thing and the people should be familiar with certain things which are quite necessary for the team members and hierarchy to know.

The trial run should be held and a webcam meeting or one or two tasks are sent to the candidates for checking the whole thing.

Simply having good and interactive communication is very much necessary once you involved in the hiring process of a virtual assistant. The good and productive information would help in knowing about the job-history and other things about the candidates.

The things that would resolve the virtual conflicts are important. It helps in not understanding the dynamics of the company. Some creative ways for testing certain services are considered.

The skills of the employees should be focussed on and the skills should be analyzed as well, from analyzing the skills, one should know for which role they should be selected on a good basis. The foremost things which would be considered are identity, consistency, communication, and depth.

If the candidate passes the inspection, the hierarchy should get in touch with the person-to-person meetings and the meetings in video calls or phone interviews. Hierarchy of mediums should be considered from high ranging to low ranging.

As personality and presentation can only be understood through any kind of interview where communication is involved as well as future growth prospects are also there. Communication can be established in a lot of ways. Some of the ways are through the in-person meeting, meeting through a phone call, meetings through e-mails, chats and through many other ways.

These traits should be given much focus on. Honesty is a trait which is a part of the personality indeed. A person can be honest and honest employees are always very important.

The firm grasp and their knowledge of the subject are very important. Their excitement levels should be tested, whether they are excited about their jobs or not.

Entrepreneurs care about their companies as much as nobody really cares. That does not mean that the staff of workers should really be accepted if they are not serious about their jobs.

The people who want to grow in a working environment does not stick to such kinds of dull environments where there is no chance to grow. Good working environments attract a lot of efficient workers who are willing to grow and the hiring managers should keep that in mind that creating a healthy atmosphere would help the people get attracted to the job role.

Virtual employees are mostly into such kind of work environments that have good and respectful communication and the compensation should be quite high, according to their job roles. The quality of work, arrangements, and opportunities make the employees focus on their work.

The hiring managers should keep that in their minds that are not focussed and are hard to work with, would remain like that and they can get worse with time. Hiring online is the best way to hire people who are willing to work as virtual employees.

The virtual employees usually care about the company they are working for so such traits should be considered by the hiring manager while hiring virtual employees. Somebody who fits the bill and who has extensive love for their companies, would work hard and work with sufficient dedication. The people who care to get the work done are also important.

The significance of the virtual employees

Running a business and grow the business can consist of some thrilling as well as thoughtful experiences. Awkward interactions and the desperateness to search for the right virtual employees are not only a matter of concern but also happen to be a challenge for the hiring manager.

The business partners are usually the employees when it comes to entrepreneurship. Virtual employees can be very quick and efficient and dedicated.

They can produce some work which is of top-quality. Fresh talents can come up with such ideas which can help the companies grow. The strategy is needed to hire the best virtual employees.

The best way to hire a virtual assistant, are the ways which are listed above. One must think about their personal needs and wants which are to be suited by the assistants. In order to hire virtual employees also some points should be kept in the minds which would result in the efficient hiring of the virtual employees.